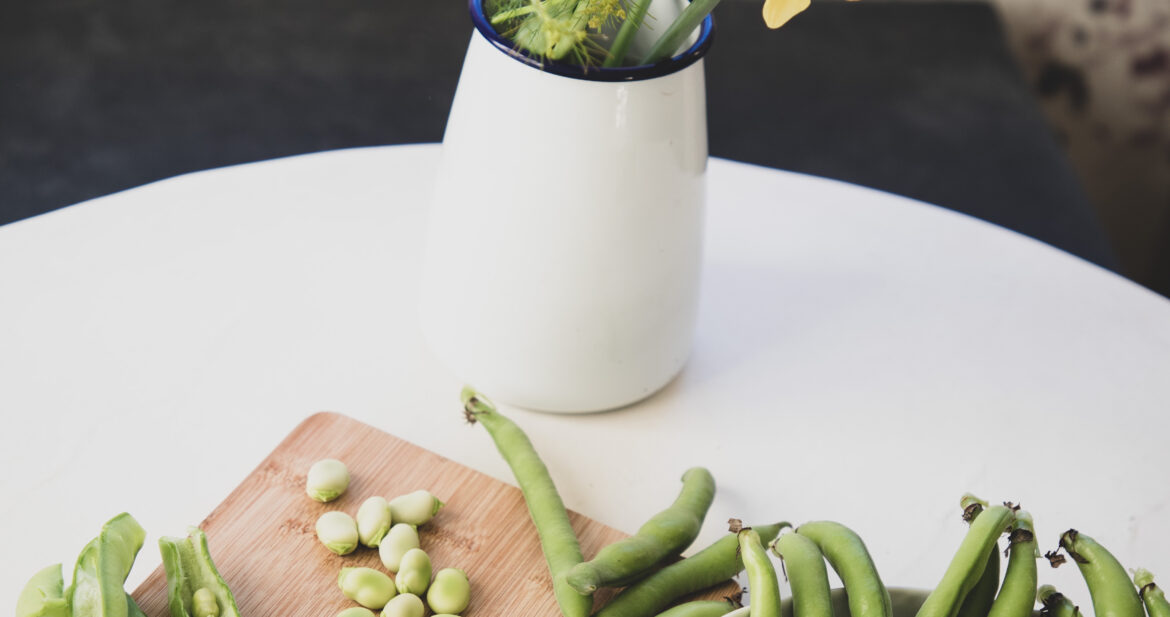 You are here: Home / Recipes / Fava Beans a.k.a Broad Beans: know how to grow, harvest, and cook an abundant cold season crop

While most vegetables and herbs truly do taste better when you grow them yourself, the fava bean is a standout when grown at home. Beyond taste, it is downright difficult to find fresh fava beans in your typical grocery store. Luckily for your taste buds – and wallet – it is so easy to grow your own abundant crop of fava beans at home that you’ll even have enough to share with family and friends! Follow along to grow your own fava beans this cold season.

Fava beans are considered a “cool” weather crop. The ideal growing conditions for fava beans are:

How to Grow Fava Beans From Seed

The best and easiest way to grow fava beans is from seed.

If you have enough space, I recommend choosing at least two different varieties of fava beans. I prefer to grow at least one “early” variety. Early varieties mature quickly and will be ready to harvest earlier than others (as the name suggests). An early fava bean variety that I recommend is “Aquadulce”. Aquadulce is a Spanish Heirloom variety that takes 75 days to maturity.

Another popular early variety of fava bean is “Broad Windsor.” Broad Windsor is an Old English variety that also matures in approximately 75 days.

I have my eye on a few other varieties such as: “Ianto’s,” “Supersette,” and “Aprovecho.” Ianto is a fava bean variety of Guatemalan origin and can grow up to 6 feet tall. Supersette is another tall fava bean variety, growing to at least 6 feet tall with pods containing up to 9 beans. Aprovecho is considered one of the largest fava bean seed varieties containing approximately 4 massive beans per pod. Aprovecho was recently brought back in to popular gardening practice after nearly being lost forever.

Fava beans are one of the best nitrogen-fixing crops to grow. Due to its nitrogen-fixing capability, fava beans make a suitable companion for many other garden crops. To learn more about how exactly nitrogen fixation works in the garden check out my post here: How Nitrogen Fixation Works in Your Garden. Plant fava beans in an area of your garden that may need a little enrichment — they act as a super natural fertilizer. This year, I plan to grow fava beans where I grew my pumpkins this year. Pumpkins and gourds are considered “heavy feeders” since they require a lot of nutrients to grow. The fava bean crop will help to enrich and repair the soil.

If you have followed me for a while, you will already know that I prefer to treat pests and diseases in only two ways: physical removal or castile soap solution. I have found that pesticides or other sprays can often times create a lot more harm than good. On a basic level: I believe that gardens, of any size, are their own delicate ecosystem. When you introduce harsh pesticides, sprays and fertilizers you are intervening in the processes already underway.

Aphids, leaf miners, spider mites and whiteflies are among the most common pests that affect the successful growth of fava beans. The easiest way to prevent and treat against these pests is through routine monitoring and removal of pests as soon as possible. You can also use row covers to help with insect control. Hose down the leaves with water or castile soap diluted in water to remove aphids. You can also use sticky traps to combat whiteflies although I don’t prefer this method as you may also catch beneficial insects and pollinators in the process.

What Do Fava Beans Look Like at Every Phase?

When a fava beans first emerges as a seedling, it will have a thick stem with delicate foliage.

As the fava bean plant grows, it will have thick dense foliage of oval leaves.

Fava bean pods can vary in size, but on average are about 6 to 8 inches long. When ready to harvest, the fava bean pods will feel as if they are ready to burst.

How to Harvest, Shell and Cook Fava Beans

To harvest fava beans, pick when the pod feels completely full and about to burst. When you press on the pod: if it feels like there is room, they are not yet ready to harvest.

Once you harvest your fava beans, you must begin the tedious task of shelling them! To shell fava beans it is useful to remember that it is a two step process. First, to shell fava beans run your finger down the main seam of the pod to split it open and reveal the beans. Pop the fava beans in to a bowl and set aside the pod scraps for composting. Second, you need to remove the astringent and bitter skin on the fava bean. To do that, bring a large pot of water to boil and prepare an ice bath. Boil the fava beans for approximately 1 minute. Strain the beans and place in ice bath immediately. Blanching the beans makes it much easier to pop off the bean’s tough skin. Once cooled, take each blanched bean and gently squeeze it until the inner bean pops out. Repeat with the rest of the beans. Set aside the tough skins for composting.

Once de-podded, blanched, and shelled, the fava beans can be used for a wide array of dishes such as soups, salads, dips, purees, or on their own. To save your fava beans for later use, place in a plastic zip bag, remove all the air and store in the freezer until you are ready to use.

Fava beans taste excellent with a variety of fresh herbs such as basil, cilantro, mint, and parsley. This past spring I created this gorgeous recipe that combines a variety of spring vegetables and herbs from the garden all on one little toast. Try it out and let me know what you think.

How to Save Fava Bean Seeds

To save your fava bean seeds for the next season’s crop, leave a few pods on one of the plants to dry out. Harvest the dry pod when it is brittle to the touch and “pops” open to reveal dried fava beans. Make sure that the fava beans are completely dried out before storing. Store the dry fava bean seeds in a cool, dry place until you are ready to plant next time!

get exclusive Carmen in the Garden content straight to your inbox. 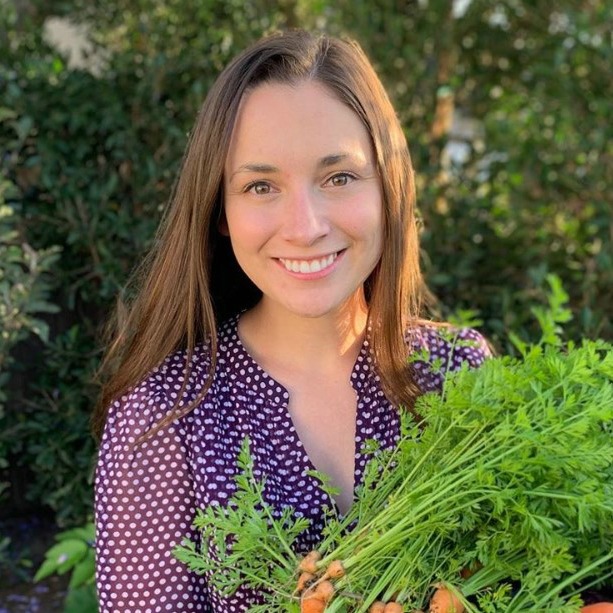 Welcome to Carmen in the Garden. I have always been dedicated to self-reliance and sustainability. I find it incredibly rewarding to do something on your own. Dig deeper →

This site is owned and operated by Carmen Crow. www.carmeninthegarden.com is a participant in the Amazon Services LLC Associates Program, an affiliate advertising program designed to provide a means for sites to earn advertising fees by advertising and linking to Amazon.com.  This site also participates in other affiliate programs and is compensated for referring traffic and business to these companies.